On Tuesday, 14 January, Blizzard will release patch 8.3, Visions of N'Zoth. For the pet battlers and collectors in the community, there's a few things to look out for, and forward to! In this patch, we'll be getting:

We've covered most of this in previous articles, but for a refresher, we'll be going over the highlights and adding all the necessary links to the other articles!

There are eight new pet WQs: four in Uldum, and four in the Vale of Eternal Blossoms. There will be one pet WQ up in each zone, each day. As of right now, you can battle any of them at any time, as many times as you like, though you'll only get the WQ reward once for whatever battle is the WQ for the day. While this may not yield much, it does allow anyone trying to make strats some breathing room to test their strats, without fear of being locked out once a WQ is complete, or being limited to only the WQ.

The strategies for these WQs can be found here, on our BfA World Quests tab. Uldum and the Vale will be the eight right at the top.

Information on where to find all the enemy pets, what they look like, & their battle information can be found here, in the article about the WQs.


The four in Uldum are:

The four in the Vale are:


These enemy pets are also connected to the Shadowbarb Hatchling chain, which we'll go into more below.

The BRD pet dungeon gives us the conclusion to the shadowy figures storyline, has 9 stages, and almost no walking!

The main article on the new dungeon can be found here, and it includes all the enemies for each stage, and their pets' names, abilities, & stats.

The strategies for the new pet dungeon can be found here, under the dungeon tab on the top bar.


This dungeon has two achievements connected to it, one regular and one meta: 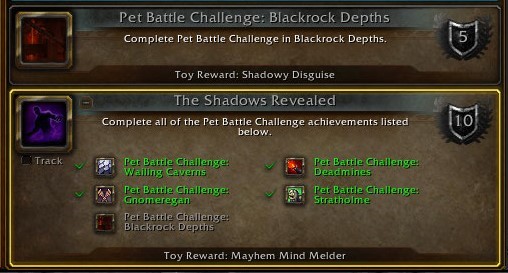 And both achievements have a toy as their reward:

As per usual, you'll receive a currency--Shadowy Gem--which can be used to purchase three different pets:

There is also a supply crate for purchase with one shadowy gem. 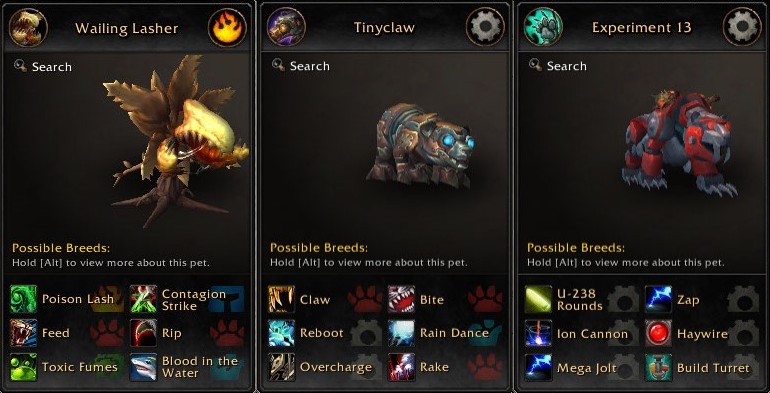 In 8.3, we'll see a 29+ day quest chain, which has a pet, toy, & mount as progressive rewards. It consists of three XP-based stages: Hatching, Larva, & Hatchling, with an XP bar of 5,000. Dailies will give you 300 xp, while unique quests reward 900 xp. Your dailies and quests will depend on the Assaults; which ones are up, and where. Stage four for the mount is only one day.

The guide for the entire quest chain can be found here. Most of the quests are pretty self-explanatory, but if you're stuck on a step, it should be there.

There are some pet battles associated with the third stage of the chain, which involve the new 8.3 WQ battles. For right now, we don't have a section for just the Shadowbarb, because it doesn't seem as though all the WQs have a quest in the chain. That said, if you head over here, to our Vale & Uldum secrion in BfA World Quests, some of the listed strats can be adapted to having the Shadowbarb in the line-up. Some of the strats will have Shadowbarb Hatchling in the info section. If those don't work for you, look for leveling strategies, or ones that have an 'Any Pet' slot. The Shadowbarb doesn't have to battle to get credit.


This is the Shadowbarb Hatchling: 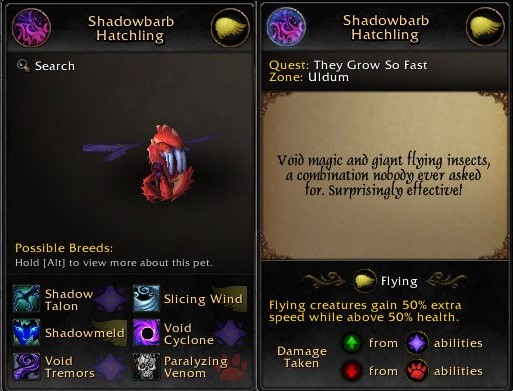 The toy is the Aqir Egg Cluster: 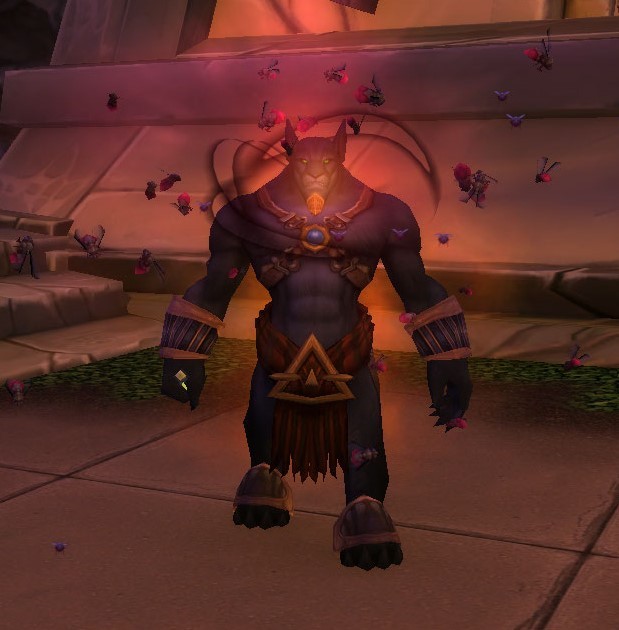 The mount is the Shadowbarb Drone: 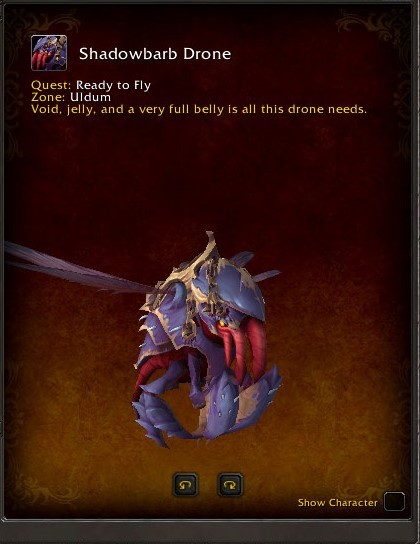 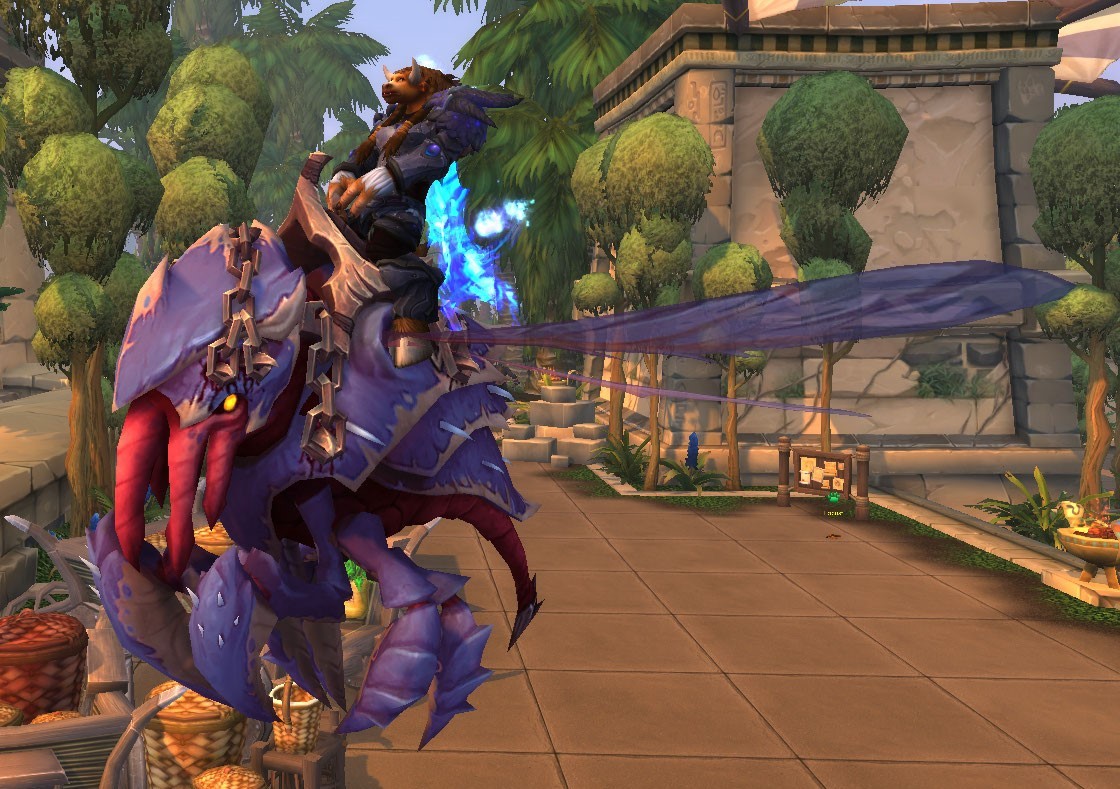 There are a fair few new pets coming in 8.3, and as I said before, we're going to be awash in tentacles, void, and eyeballs!

If you'd like a full look at the pets, they're all in the article here, except the Shadowbarb pet, which we've provided the link for above.

All the pets below will come from the vendor Burt Macklyn, who uses Shadowy Gems as currency.

Vision of the Twisting Sands Creatures

This seems to be a drop from various creatures found in the Visions. 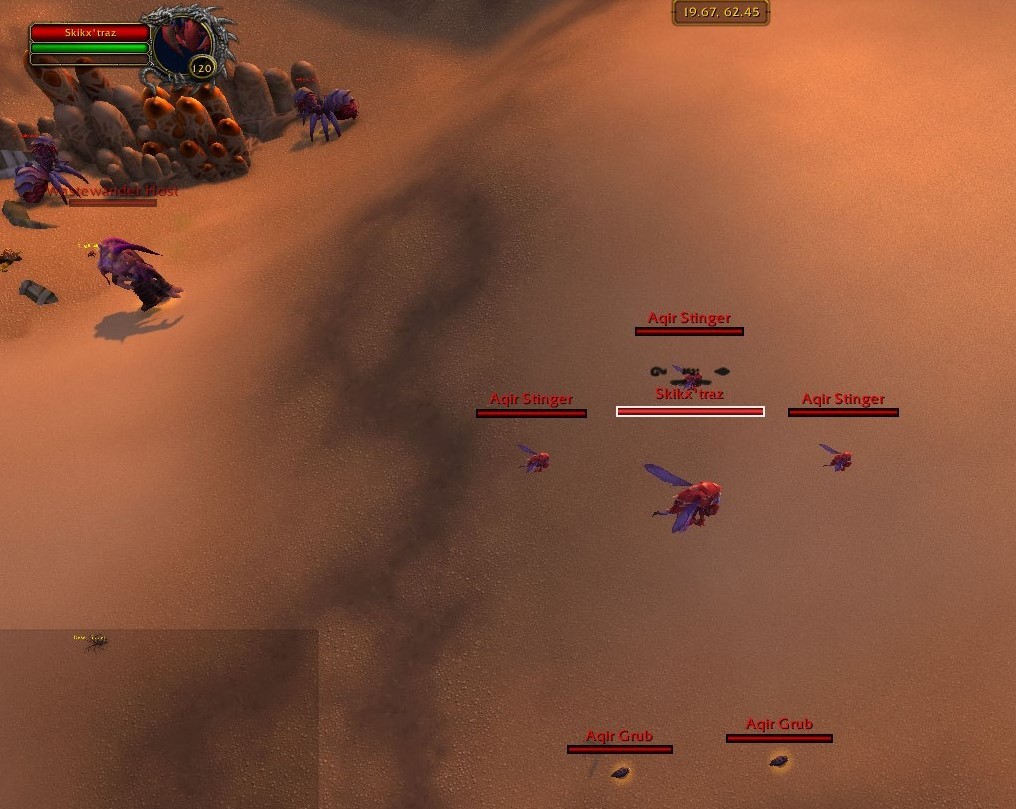 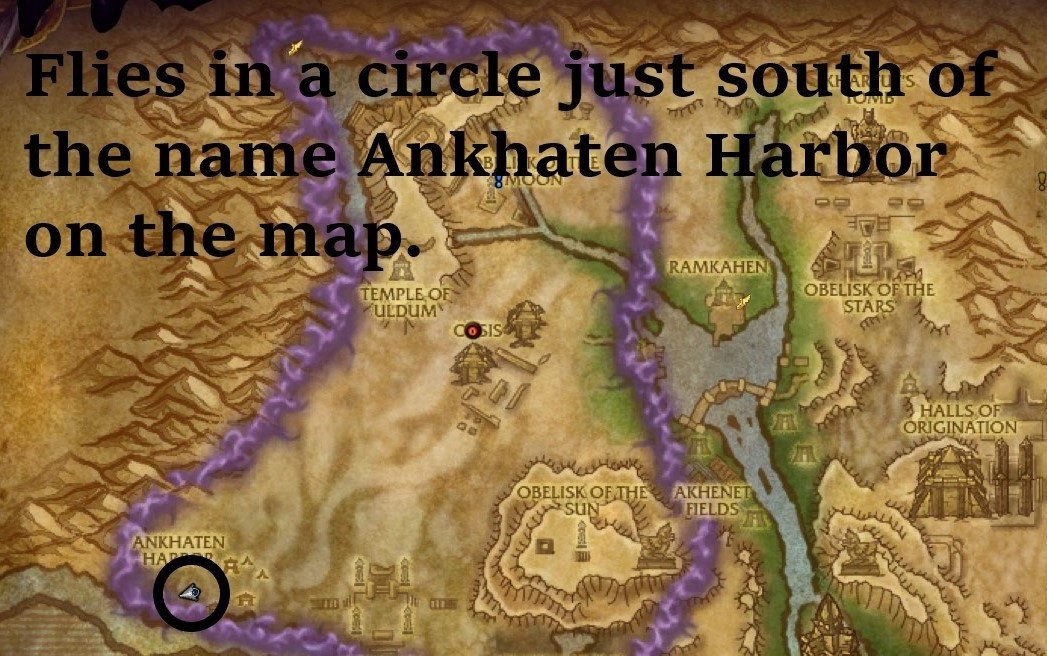 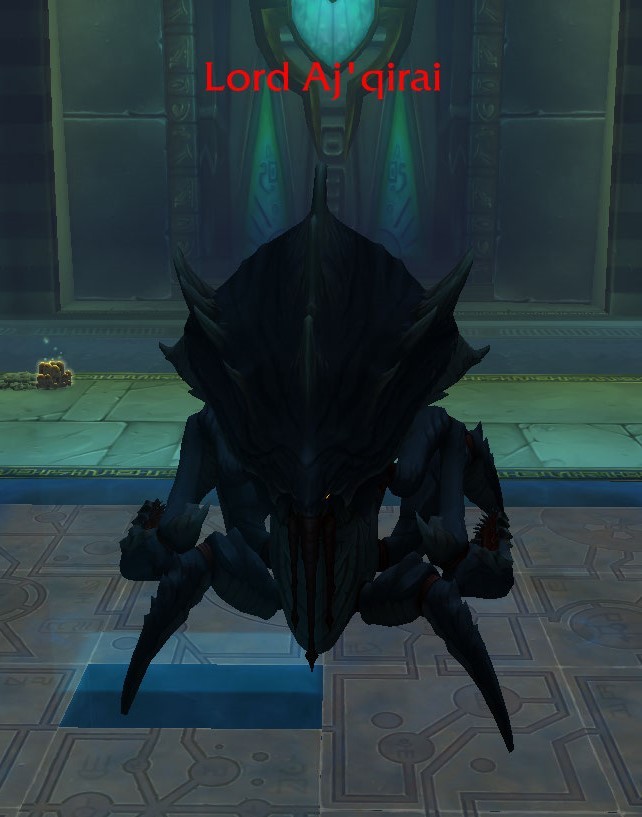 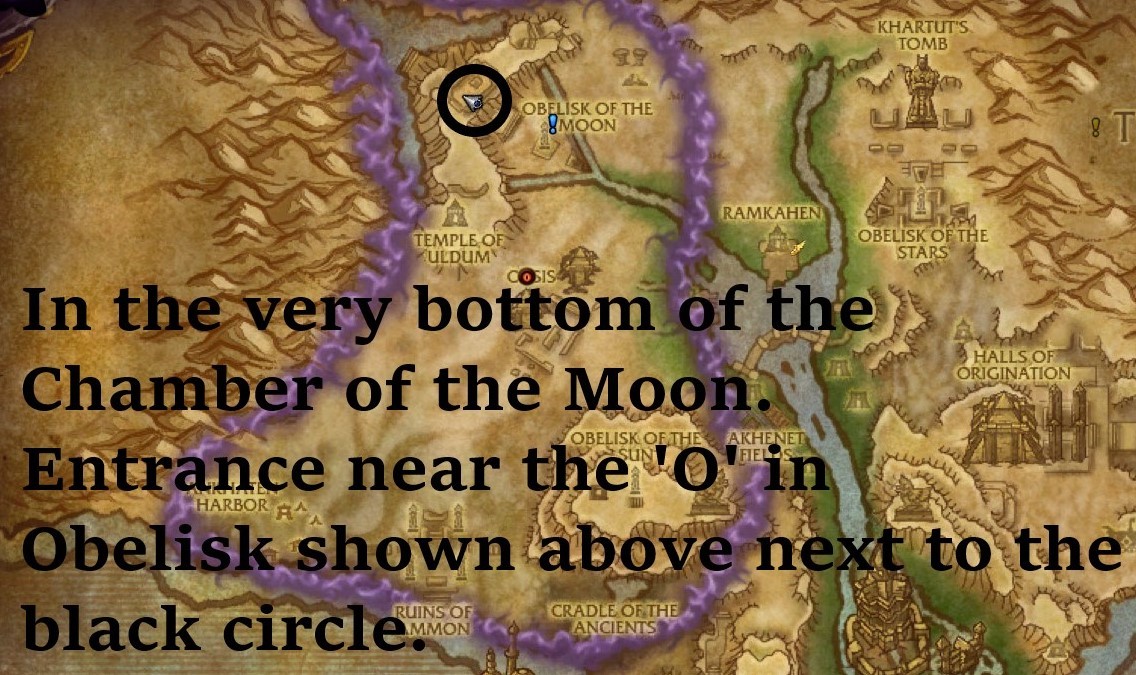 This pet costs 300 Polished Pet Charms, and requires Revered reputation with the Uldum Accord 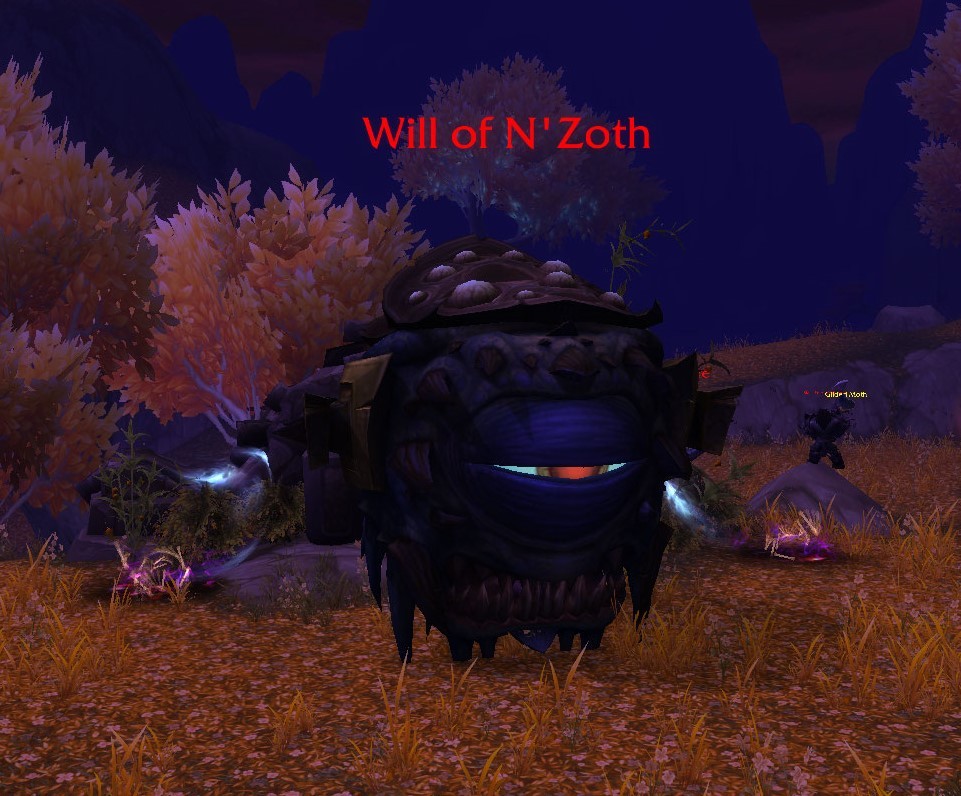 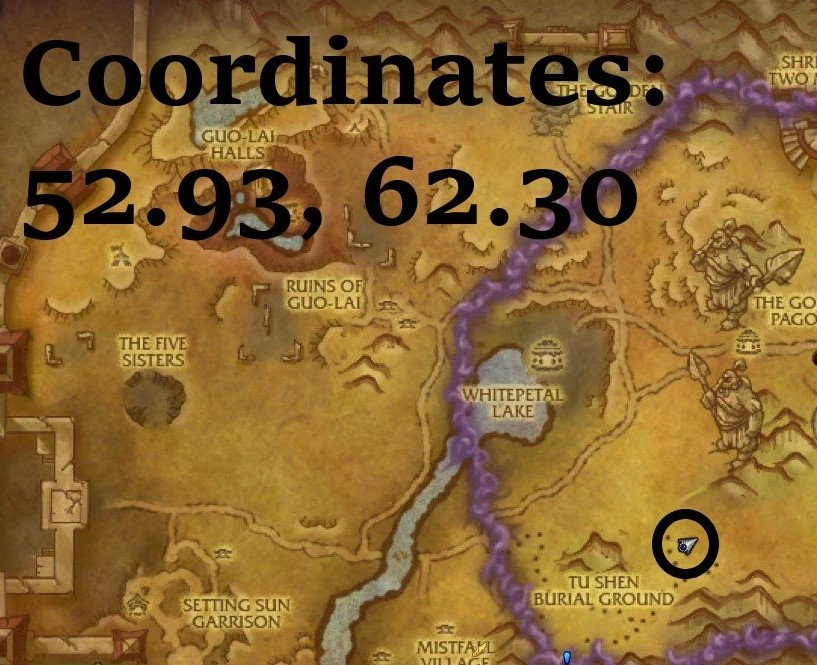 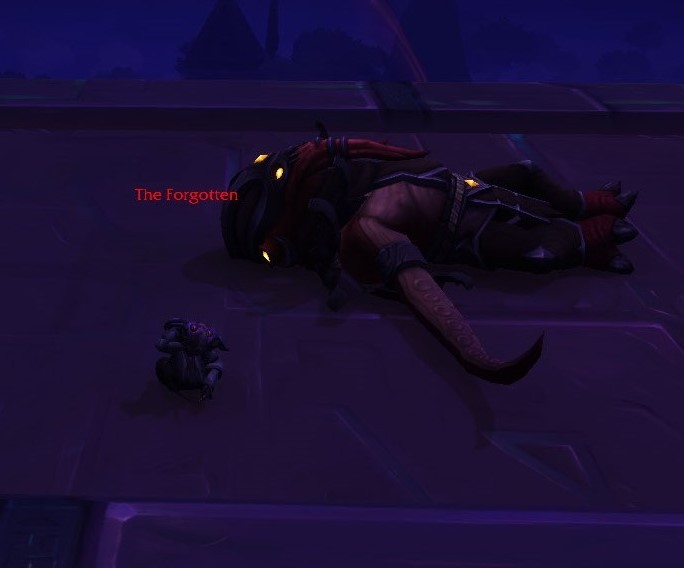 
This pet costs 300 Polished Pet Charms, and requires Exalted reputation with the Rajani.


Corrupted Uldum or Vale of Eternal Blossoms. I caught mine in the N'Zoth-specific Assault zone, from a pool. 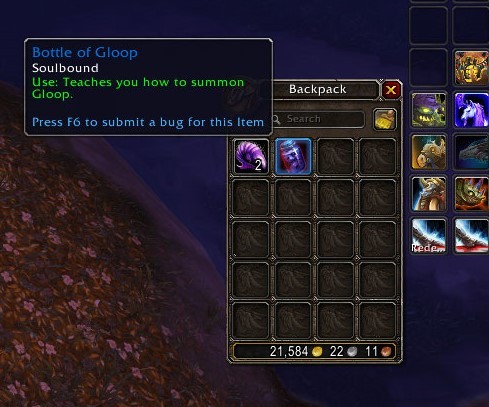 There is a meta achievement called, ‘Reeking of Visions,’ that the pet, Reek, is a reward for. 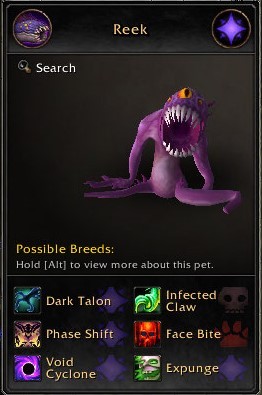 Reeking of Visions is the meta achievement:

And these are the two achievements you need to complete it:

We’ve also seen a new pet toy show up as purchasable for our toybox. It costs 20 pet charms, and 100 Corrupted Mementos, which will come from Visions. There is a single-use version that can be purchased for 1 Corrupted Memento, but will also be a random drop from completion of the new 8.3 WQs. 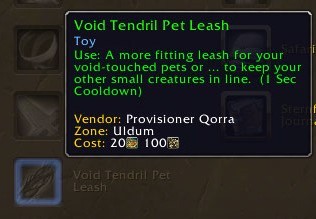 As of 8.3, it was getting a little crowded on the dam for Obalis, so he decided to move a little closer to home near Ramkahen. 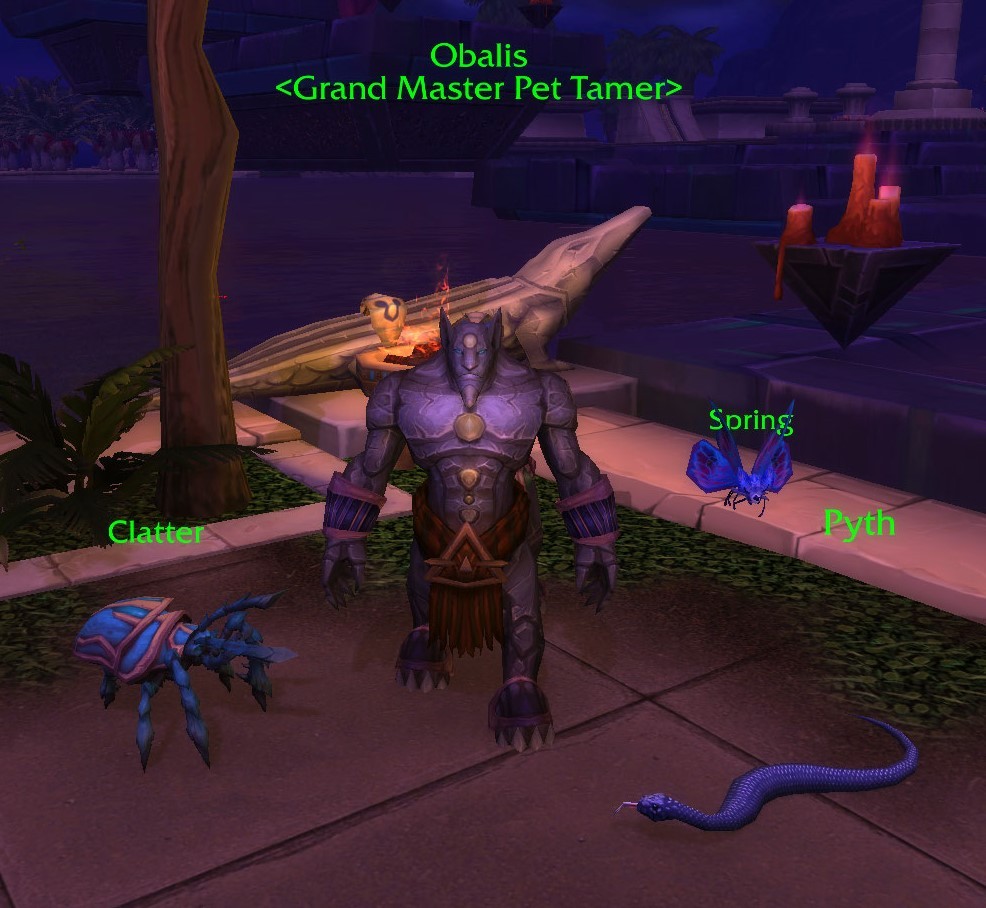 When the minions of N'Zoth flooded the Vale, Aki and friends evacuated to the Mogu'shan Palace. Lorewalker Cho was more than happy to take them in, and listen as Aki regales him with tales of her pet battle wins. 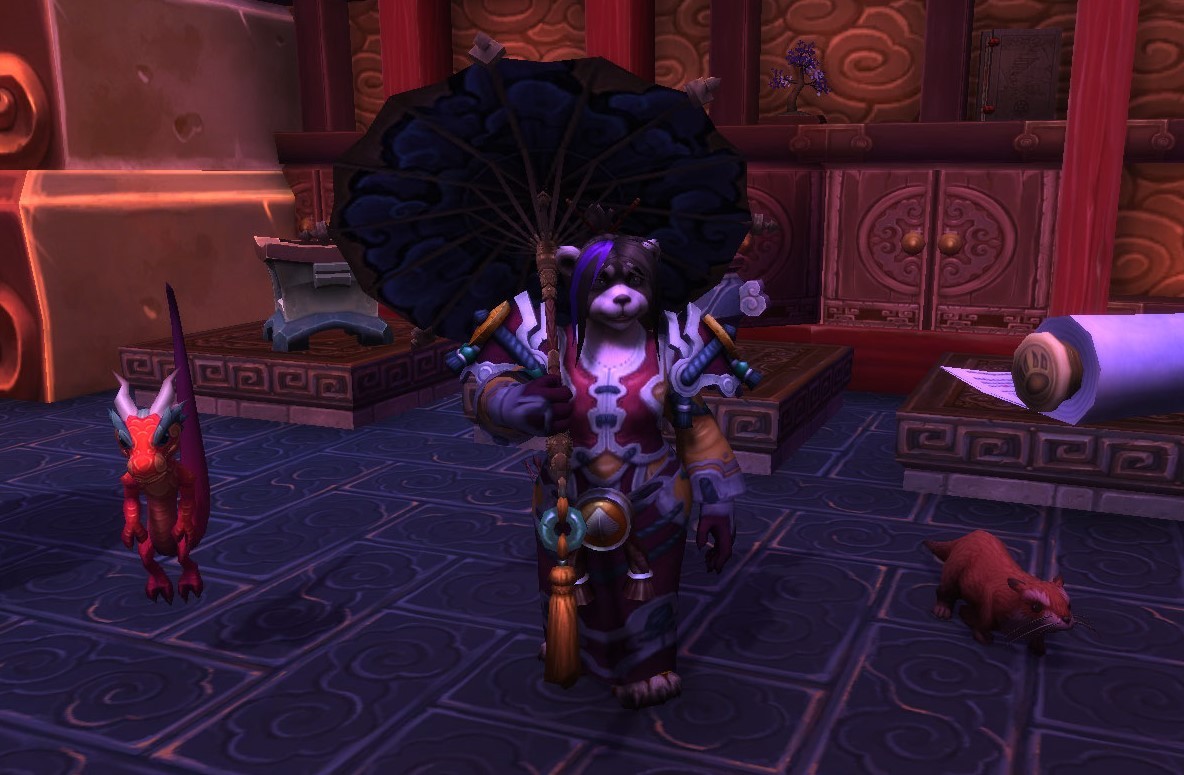 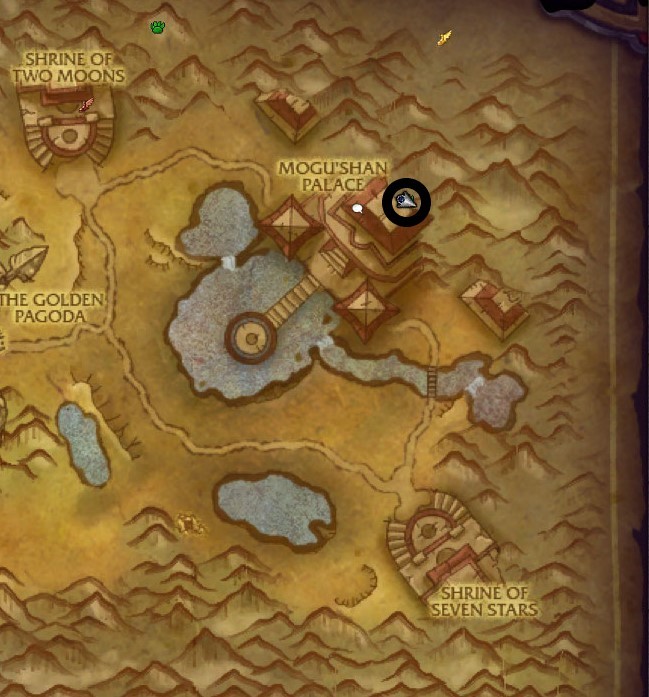 As of right now, No-No has gone into hiding from his favorite spot. If you see him, let us know--we're worried about him! On the other hand, if you want to visit your favorite otter, Zidormi at the top of Mogu'shan Palace can revert the Vale to before N'Zoth invaded. 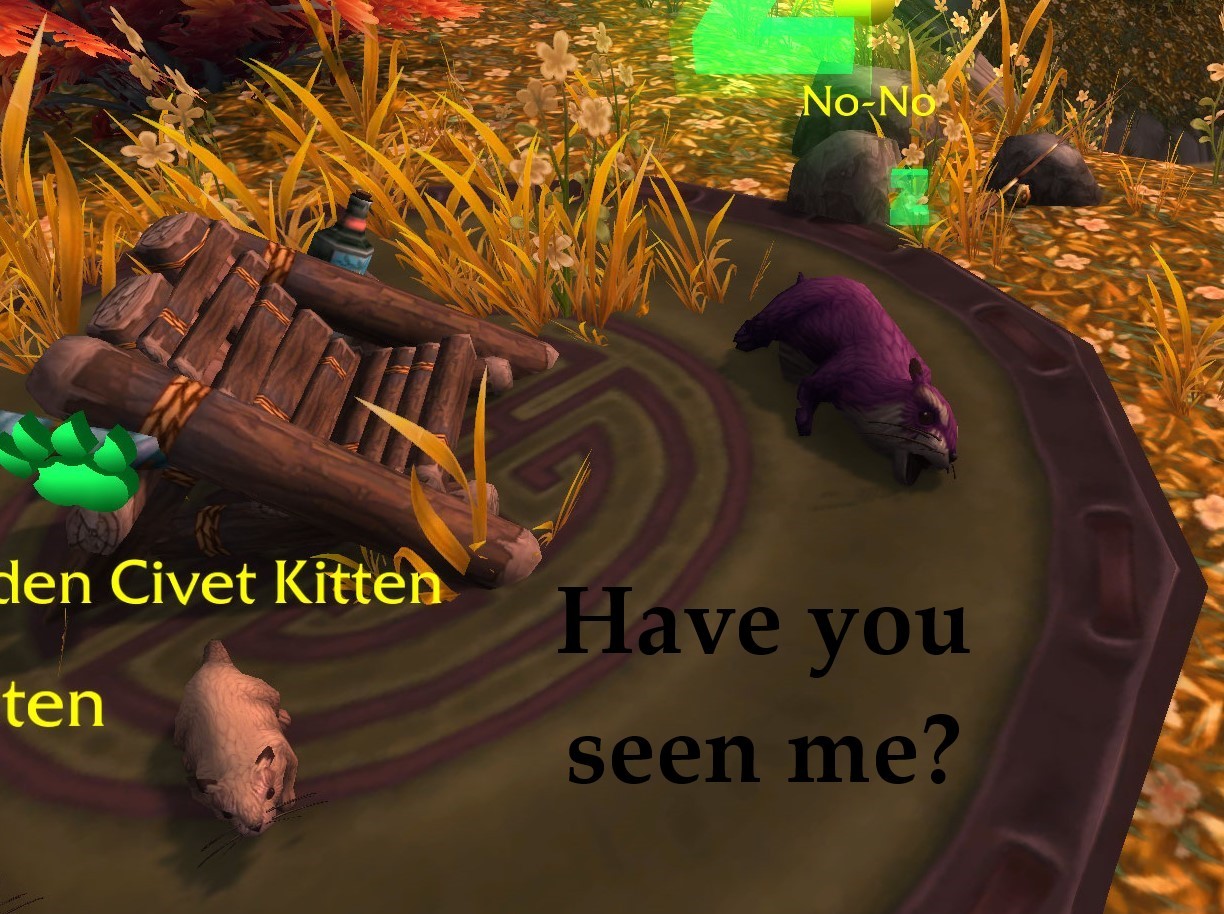 
In 8.3 we'll be getting some Weather changes to Blizzard and Mudslide:

They have also capped the amount an enemy pet can reduce its damage taken from your team:

In Visions of N’Zoth, we’re also changing how percent-damage reduction abilities stack with each other. Currently, if you’re fighting a pet like Unit 17 in Mechagon (a Boss pet that passively takes 50% less damage), and Unit 17 uses Crouch, Unit 17 becomes immune to damage because the two 50% damage reduction effects are added to each other. In Visions of N’Zoth, the plan is to cap damage reduction at -75%. Using Unit 17 as an example, while Crouch is active, it will take 75% reduced damage instead of 100% reduced damage. This will smooth out the challenge with some enemy bosses.

Mostly, this change will impact two enemies in particular: Unit 17 on Mechagon & Foulclaw on Argus.


A new weather effect is also being added: Toxic Fumes:

Due to the changes to Blizzard & Mudslide, any strategies or enemies using these abilities will be tagged with an 8.3 Tag. This will let strategy creators and strategy users know when a strat could be impacted by the changes.


And that's (probably) everything for 8.3! If you have any questions, feel free to ask below.

Best of luck in all your pet collecting and battling endeavors against the forces of N'Zoth, and the Old God himself...you just might need it!